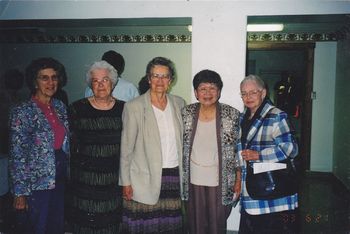 Barb at her church with several friends 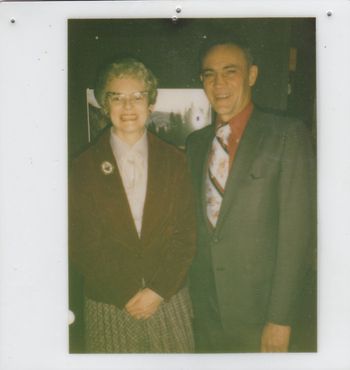 Barb and her husband 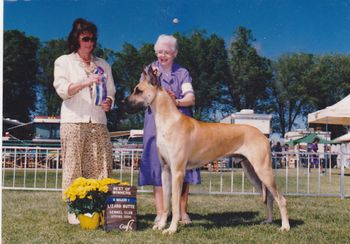 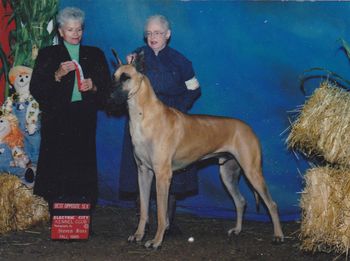 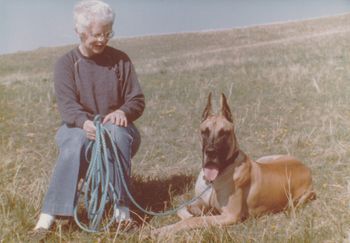 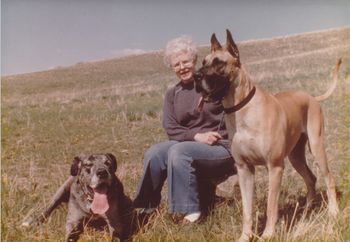 Barb with two of her Great Danes. On her right side is a Merle Dane. Scott said the was dog 130 lbs, and when this dog stood on his rear legs he was well over 6 ft tall. Scott's sister stood with a yard stick in the air and they had the dog stand on his hind legs for this measurement. 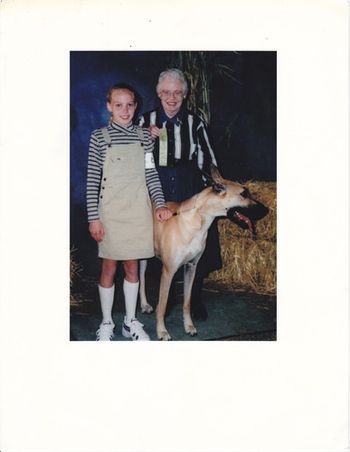 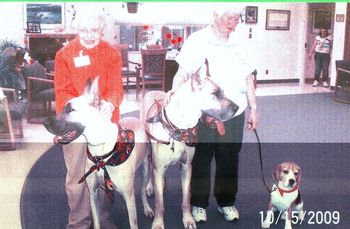 The Electric City Kennel Club and the dog fancy have lost a long time member and staunch supporter.  Barbara B. Urquhart was born in Halifax, Nova Scotia, Canada, where her father was an insurance agent.  At an early age and during the depression the family moved to Billings, Montana.  After high school Barb entered the nursing profession and it was during her nursing career that she met Charles "Chuck" Urquhart, a Great Falls, Montana farmer.  During their marriage they raised three children.  Chuck went to be with the Lord in 1998.
Barb was a farmer's wife and she cared for the farmn home east of Great Falls where she enjoyed working in her yard and entertaining vihasitors.  Another of Barb's loves was Great Danes and it was while attending dog shows in the west she made many more long lasting friends.  Barb extended her love of Great Danes to training them as therapy dogs.  She took her gentle giants to nursing homes and schools where the dogs comforted, entertained, and educated everyone who saw them.
Barb was outgoing, friendly, compassionate, and willing to lend anyone a helping hand.  She made friends wherever she went and her bright and exuberant spirit affected everyone.  She was sincere in her love of the Lord and was willing to share it.  And a shout went up in Heaven when she arrived.  We are sure that she was met be her beloved husband and her Danes who went before her.